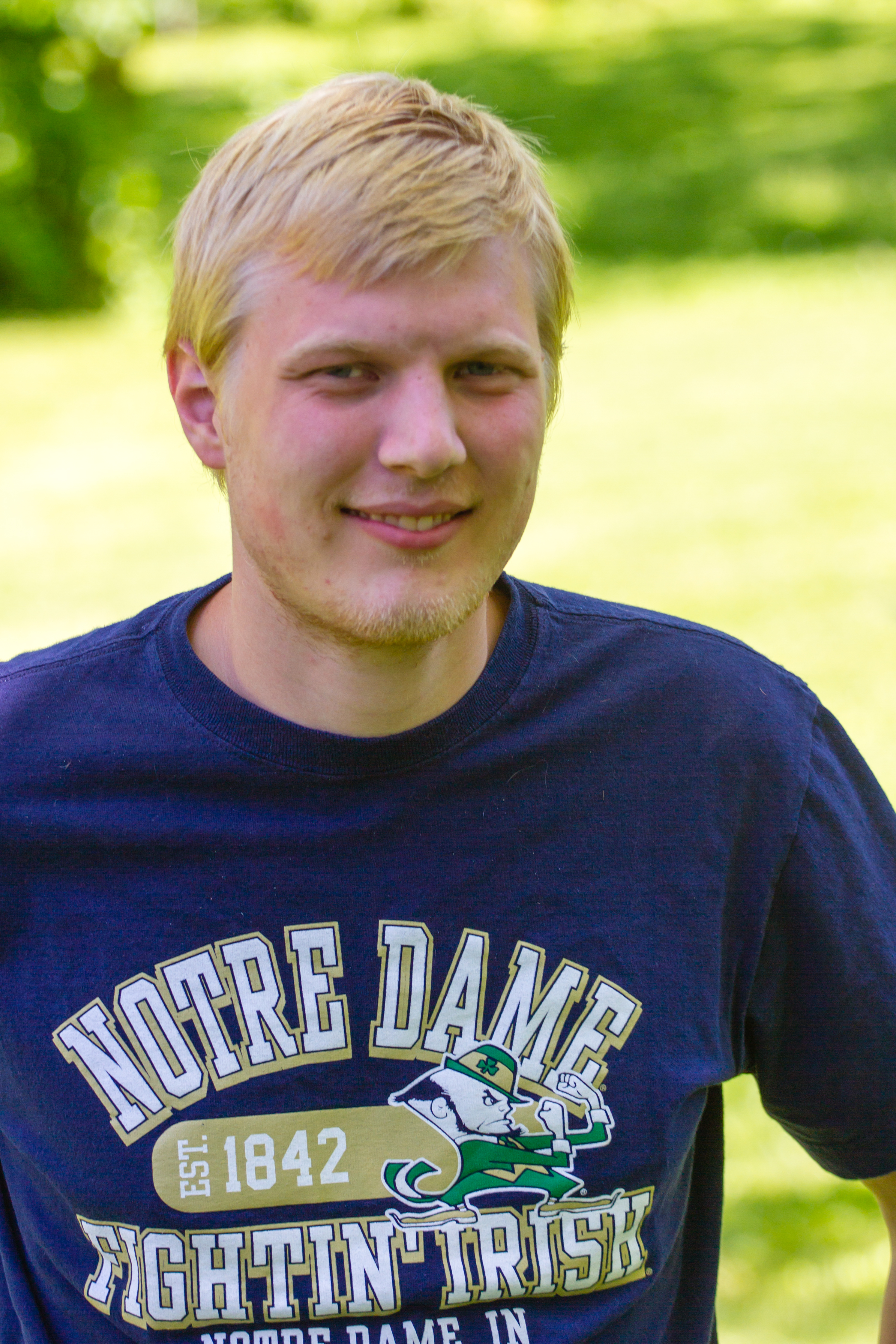 Tim is a graduate student in the research lab. He graduated from Purdue University West Lafayette with a B.S. degree in Molecular Biology. Tim is originally from Burlington, North Carolina but now resides in South Bend.

His research project includes the development of higher affinity B7 T-cell receptors based on computational models and structural design. Tim utilizes several techniques including surface plasmon resonance, site-directed mutagenesis, chromatography, and other standard techniques. His research interests include protein-protein and protein-lipid interactions as well as immunology.

In his free time, you could find Tim coding and playing logic games and chess. One interesting fact about Tim is that he has made money from playing video games. Tim eventually plans to return to commercial industry in a biotechnology field.

We gratefully acknowledge the support of the National Institutes of Health (NIH), the National Science Foundation (NSF), the American Cancer Society (ACS), the Walther Cancer Institute, the Indiana CTSI, and the University of Notre Dame.